The Past by Design: Mid-Century Modern

Just the same as fashion has its trends so does the field of Graphic Design. These trends don’t really go away. Bits and pieces of them get re-imagined and recycled into a design that feels new, but actually builds on the past. So with that said; this month, we’ll focus on Mid-Century Modern Graphic Design and how to recognize this era’s design work.

What is Mid-Century Modern Design?

Mid-Century Modern usually refers to design after World War II and is sometimes referred to as Swiss Style. The post war economic boom caused the need for more graphic designers to assist in creating advertising and packaging for new products. It has since become considered the golden era of American advertising.

Some Basic Facts & History about The Mid-Century Era

– Typically thought of as a mix of the 1930s Bauhaus style mixed with the 1860s Craftsman style.

– The baby boom creates an immediate need for more housing and causes the rise of the suburbs and the popularizing of “Pre-Fab” houses.

What Was Happening in the Design World?

– the printing technique of Offset-lithography becomes popular and would be used for roughly the next 50 years as a mainstay of the printing world.

– The font Helvetica was created in 1957. It was designed by Max Miedinger and Eduard Hoffman for Haas Type Foundry. It has become one of the most popular fonts in use today.

-Sans-Serif fonts (such as Helvetica)

Some samples of Mid-Century Modern Design 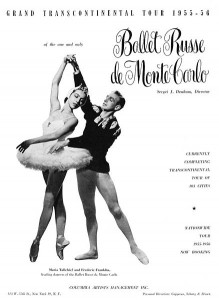 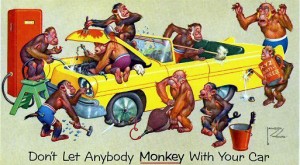